(Draft League Rules Are Listed Below)

Uniforms: Teams should wear uniforms. Uniforms do not require names or numbers. Fun costumes are highly encouraged. (Uniforms/costumes are not required.)

Each team starts with 7 players on the court. A team must have at least five players in order not to forfeit the game.

Players must be 18 years old or older, though waivers are available to those under 18 deemed competitive by the commissioner.

The object of the game is to eliminate all players on the opposing team.

No time-outs, except for injury timeouts called by the ref.

The referee will start the game either with a whistle or with the words “on your mark, get set, dodgeball.” Players rush for the three balls on their right side of the court. (They do not rush for the three balls on their left side of the court.) After retreiving the balls, the balls must be checked back to the attack line to be actively thrown. (The balls can still be used for blocking prior to being checked back.)

Balls are considered live until they hit the ground, ceiling, basketball goals or side walls.

You are out if you get hit with a thrown ball before that ball touches the ground, ceiling, etc.

You are out if you throw a ball and a member of the opposing team catches that ball before that ball touches the ground, ceiling, etc.

You are out if you drop a ball to the ground while attempting to block a ball.

You are out if you block a thrown ball with a ball but the thrown ball still hits your body before it hits the ground.

You are out if you cross the middle line.

A catch that is made as the catcher is struck by another live ball is a valid catch and the thrower is out. The catcher is still out by contact from the other ball(s).

You are out if you are out of bounds. A player is out of bounds when the player’s entire body is outside the lines of the court. To be in bounds, some part of your body must be touching the playing court.

NEW: You are out if you touch a wall.

A ball hits three players but a player catches the thrown ball before it hits the ground. The three players are not out. The person who threw the ball is out.

A ball is deflected from a blocking ball and caught before it hits the ground. The player who threw the ball is out.

A ball is deflected into a player. The player the deflected ball hit is out.

A ball strikes a player and is popped up and is still in the field of play. The struck player catches another ball before that popped up ball hits the ground. The catch still counts as an out.

Out players must leave the court immediately and not interfere with further play by blocking thrown balls, loose balls, etc.

A trapped ball (a ball that hits a player and the floor at the same time) is considered an out.

If a game stalls due to balls near the center of the line being inaccessible to players without those players potentially getting out, then a referee will redistribute those balls equally among both teams, or if odd number of balls, then one ball is placed on center of center line.

NEW: Once a game is 1 vs 1 there is no blocking with a ball. A player who blocks a thrown ball will be called out.

Players are encouraged to be honest and fair, and to play with good sportsmanship. If out, a player is encouraged to go out even if not called out by a ref.

New games are not started if there are less than 45 seconds on the game clock.

Headshots are discouraged but DO count as an out. Players are encouraged not to hit ladies in the head. Headshots on guys are considered funny.

Once a game begins there are no substitutions, even in the case of injury.

If a team does not have enough players to begin a game (less than five players from the roster), then substitutions from other non-scheduled teams (during that time slot) are allowed if both team captains approve. If one or both team captains do not approve then the team without enough players forfeits that match and the games are recorded 7-0 and 0-7 for the respective teams. Team captains are urged to seek approval from other team captains prior to the evening of the games if possible. Team captains should notify the referee on whether the game will be official or a forfeit and a notation should be made on the record-keeping schedule. If a forfeit, matches are still encouraged to be played with “pick up” players for the enjoyment of all.

Subs may play for more than one team per night (pending any applicable approvals).

Suggestion: Subs should be of comparable skill level to the person they are replacing in order to facilitate approval from the opposing team captain.

Players may not switch teams during the season without approval of both team captains and the Commissioner of Dallas Dodgeball.

Wins and losses are recorded for each set. If a game is not finished at the end of scheduled time, then the team with the most players live on the court wins that game, or if same number of players then that game is a tie.

Penalties are enforced to protect players and the integrity of games.

Crumpling or pinching of balls is not allowed. A firm grip that results in a slight depression in the ball is allowed. Players that crumple or pinch balls will be ruled out. A second infraction of this rule will result in the player’s suspension for the rest of the night and repeated infractions may result in the suspension of the player from the league.

Players that curse at and/or demean other players and refs in a derogatory or mean manner will be called out and will not be eligible to play in the next game. A second incident will result in the player’s suspension (and removal) for the rest of the night and also all games of the next league night.

Unnecessary roughness will not be tolerated. This rule is specifically designed to protect female players from egregious and unnecessary throws to the face. Headshots, as stated above, are legal, but headshots intentionally thrown at near range into the face (or upper body) of a female player will result in the immediate out of the throwing player. A person committing unnecessary roughness will not be eligible to play in the next game, and a second offense by a player will result in the player’s suspension for the rest of the night and also all games of the next league night. Near-range headshots on males are strongly discouraged.

Interfering with play. A player who has been called out must leave the court immediately and not intentionally interfere with ongoing play to include blocking balls, diverting balls, kicking balls, approaching opposing players and the like. If a player intentionally interferes with play, then all balls on that player’s side will be forfeited to the other team and the player will not be eligible to play in the next game. A second infraction will result in the player’s suspension for the rest of the night and also all games of the next league night.

If the league is a draft league (where players are drafted) all above rules apply except for the following addendums:

A supplementary draft may be held after the regular draft prior to Week 2.

Week 7 is a championship tournament (all teams qualify). Seeding in the tournament is based on wins/losses in the regular season.

Teams start with seven players on the court. A minimum of five players is required to start.

There are no gender (male/female) requirements to start a game.

If a team has more players in attendance than the maximum allowed number of players for a game:

A player may not sit out more than one consecutive game.

Players who do not receive equal playing time are encouraged to contact the Commissioner of Dodgeball Tom Wakefield.

Dallas Dodgeball is the premier Dodgeball organization in the Dallas/Ft. Worth area, with open plays, leagues, tournaments and more that offer a healthy mix of fun and competition. Everyone from beginners to some of the best dodgeball players in the world can be found on the courts of Dallas Dodgeball! 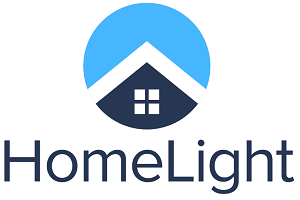 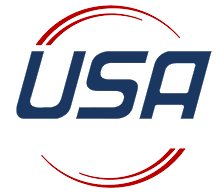